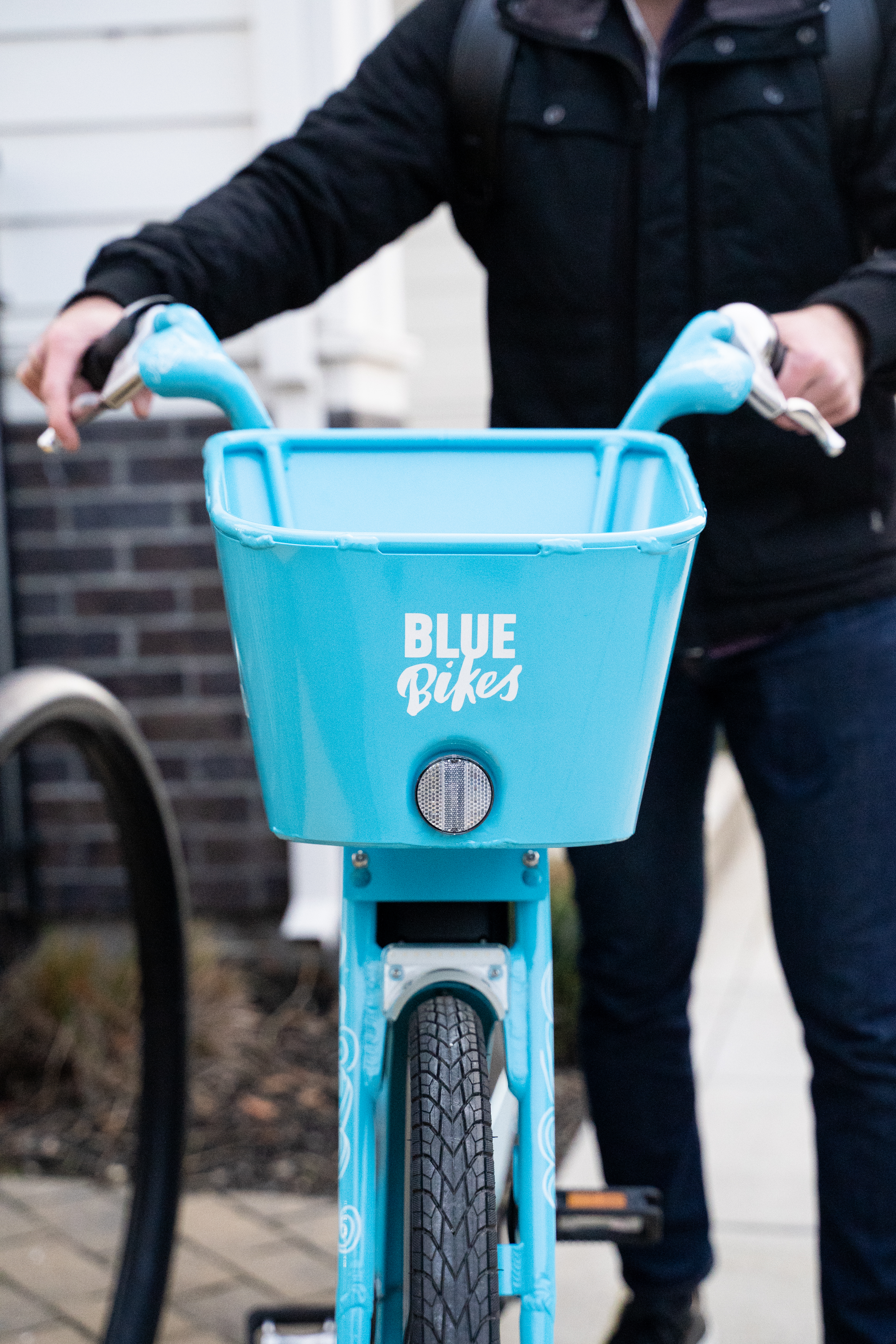 “Creating safer, more accessible, equitable and healthier transportation options for all New Orleans residents is one of the major reasons why I started an Office of Transportation in one of my first acts in office. The e-bike expansion is another powerful tool in our ongoing efforts to create a more connected and protected network as part of the Moving New Orleans Bikes initiative," said Mayor LaToya Cantrell.  "Expansion will build on the service already at Delgado and grow to include Dillard, Loyola, Tulane and Xavier."

To celebrate the launch, Blue Bikes is offering $5 off your first e-bike trip and giving away 1,000 free helmets to New Orleanians.  To receive the $5 off your ride, enter the promotion code JUMPNOLA20F in your JUMP or Uber apps*.  Starting today and continuing over the next few weeks, residents can be on the lookout for Blue Bikes team members who will be distributing the helmets around the city.

“We are proud to launch our new JUMP Blue Bikes here in New Orleans - giving riders a boost every time they pedal,” said Geoff Coats, Blue Bikes General Manager.  “We’ve introduced more New Orleanians to biking over the last two years, and these upgraded bikes will help them travel longer distances while making biking more accessible to a wider range of people with different abilities.”

The e-bikes are an investment in expanding access to Blue Bikes across the city. With the electric pedal-assist, JUMP has seen e-bikes generate more usage than pedal-only bikeshare programs, with e-bike trips averaging longer than pedal-only trips.

The Blue Bikes service area is expanding to new parts of the city, including the 7th Ward, Central City, the West Bank, Gert Town, Carrollton, Broadmoor, Riverbend and Uptown. The first new service area launches today, shown in the map here, to help people navigate up parade routes during Mardi Gras celebrations.  Residents can expect the additional expansions over the coming months.

“The addition of the new Blue Bikes shows the city’s commitment to equity and access for all of our residents. I’m excited the expansion will provide more transit options and opportunities for our residents in neighborhoods such as Algiers who are further away from the urban core, and further away from jobs and schools,” said Kristin Gisleson Palmer, District C Councilmember, Transportation Committee.

“Bike share is a perfect tie-in with our mission to improve the health and lives of Louisianians,” said Michael Tipton, Blue Cross and Blue Shield of Louisiana Community Relations director and Foundation president. “With our sponsorship of the state’s first bike-share program, we’re providing a healthy, green transportation option for getting around New Orleans. And with the expansion of Blue Bikes into more neighborhoods and onto more campuses, with electric, pedal-assist bikes, we hope more people will be ready to ride and embrace the benefits of this program.”

Riders will benefit now from a new, improved JUMP mobile app as well as the ability to rent bikes directly through the Uber app, since Blue Bikes and JUMP joined the Uber family last year.  With more modes of transportation in one place, it becomes even easier to get around without a car.  Riders with an existing Uber account can simply log-in to one of the apps or create a new account after downloading the JUMP or Uber app.

With JUMP products now in nearly 30 cities globally, riders will be able to get around just as easily when traveling to those cities as you can when at home in New Orleans.  And just in time for carnival season, tourists from cities like London, Berlin, San Francisco and Austin will be able to seamlessly ride Blue Bikes when visiting New Orleans.

Here’s how to start your ride through the apps:

Blue Bikes is committed to supporting those most in need of affordable transportation and prices in the Blue Bikes for All program for low-income riders will remain the same. For $20 per year, riders in this program receive 60 minutes of ride-time per day with ten cents a minute after the initial hour. A monthly plan will be offered to New Orleans residents, with $30 a month allowing 60 minutes of ride-time per day. For tourists and riders who prefer a pay-as-you-go option, the price will be 25 cents a minute without any sign-up fee.  More details on the plans are available at www.jump.com/cities/new-orleans.

*The ride must be taken within a JUMP zone (indicated in-app) in New Orleans. Expires 3/31/2020. Local per minute rates apply after the $5 is used up. One-time use only. Cannot be combined with other offers or subscription plans. Non-transferable. No cash value. Subject to change.

About Blue Bikes
Blue Bikes is a fast, convenient and affordable transportation system for residents and visitors to move around New Orleans. The bike share program is a partnership among the City of New Orleans, JUMP Bikes and title sponsor Blue Cross and Blue Shield of Louisiana. Learn more here.

About JUMP Bikes
JUMP is a bikeshare startup that has operated Blue Bikes in New Orleans since the system launched two years ago.  JUMP also launched the first ever electric bikeshare system in the United States.  In May of 2018, Uber acquired JUMP as part of its mission to expand the menu of transportation options available within the Uber app, and make it even easier for residents to get across town without relying on their own personal vehicle.  Learn more here.

About Blue Cross and Blue Shield of Louisiana
Blue Cross and Blue Shield of Louisiana is committed to our mission to improve the health and lives of Louisianians. Founded in New Orleans in 1934, we are a tax-paying nonprofit health insurer with offices in every major region to serve our customers. We were recognized in 2019 as an honoree of The Civic 50, named by Points of Light as one of the 50 most community-minded companies in the United States.